It is said that when we lose a friend, there is a new star in the sky at night. On these cold, bleak Winter nights I look up, and through my tears I see the stars of a constellation twinkling in the sky. I hope your spirits run free, dashing and playing in meadows of sweet timothy grass, with cool waters to sip and sweet fruits to nibble and play with. May you have places to explore, treats beyond measure, and cardboard to nibble. To all our gentle beloved piggies, we will always love you.

We lost our little guinea pig, Tina, today and our hearts are broken. She was without a doubt the most loving, affectionate creature that lived. She wanted nothing more than to be held, explore and to enjoy a treat. She got very sick and the vet couldn't find a reason. After two weeks though, she was recovering very nicely. I think that was such a part of the shock. She had gained back all of her weight and was running and exploring and eating so well. She has been with us through so much and made the last two very hard years bearable. We got her as a baby and she would have been 5 in three weeks or so. To see her empty cage is heartbreaking. I cannot imagine getting another pig now but maybe some day. Thank you for your site to let people pour out their grief.

We love you so much Tina! We promise to never, ever forget you. 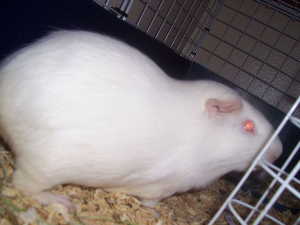 Casanova passed away. I believe from a broken heart, His lifelong mate Sally had passed away a month ago and earlier he lost who I believe was his daughter, my little Becky. Although he was a strong and gentle cavy the grief was too much for him. He just stopped wanting to live. I tried everything I could to keep him and his spirits up but he gradually faded away until he died in my arms. Just before he died he started purring like he could see his family on the bridge waiting for him. Casanova we miss you and love you dearly. I know your with your wife and daughter on the other side of the bridge waiting for us. Your boy is still here with us and is doing good. also your granddaughters and sons. We love you Cassy 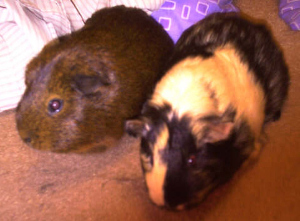 My special girl Josie (brown agouti). You have always been very special to me. It was such a joy owning you for 5 years. I miss you everyday even though you died last September. You will always have a special place in my heart. Talli(black/cream) misses you too. I got her a friend because we were both pining, her names Blossom shes ginger and white just like your sister Jennie. You and Jennie are back together again. I got myself some lovely crested 7 week old guinea pigs which seem to be pregnant so if anything should happen to any of the babies or mothers please look after them, I know you will. Take Care mommy's baby porcipine ( I always called you that).

Lots of love Big Hugs and Kisses. I am so glad I was with you to the very end even though I hated seeing you leave me. 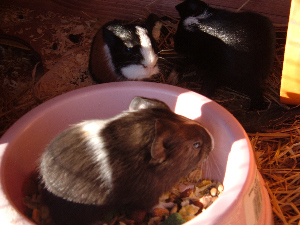 This is Polly Junior in the food bowl. She was a good guinea pig she was very ill suffering to death. I watched her being born and i watched her die. She was my favorite guinea pigs out of all 6 of them. Ashes to ashes dust to dust we will all love you Polly Junior. I love you the most. Have a good time in the guinea pig Rainbow. 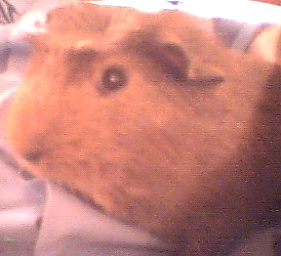 We bought Roger in February 2006 and he was such a beautiful kind natured boy. Being an animal lover we couldn't bare the thought of leaving his brother by himself so we bought Jack as well (who still happily runs around). Roger was so kind and just had a real gentle nature about him. He loved sultanas and we would buy him packets of them. Sadly he always had skin problems and would squirm around as we tried to fix his sores with tea tree oil. He always ate out of my hands and one day I held him while I waited for him to eat the sultanas, but he didn't. The next morning, about six months after we bought him, we woke to find him still and lifeless in his hutch. He died for no apparent reason, but I believe he must have been feeling unwell as he didn't eat the sultanas I offered him only the afternoon before.

We will always love you Roger, for now and forever. I will see you again buddy.

Milo,
Although I only had you for one month my love for you will last forever. I knew the moment I saw you that you were the one I wanted, you looked exactly how I imagined a guinea pig to look! I feel so
guilty for your passing, I tried to do all I could but it wasn't enough. I feel that my inexperience may have played a part in your death. Please know that I tried and I loved you with all my heart. I miss the way you would shove your head into my hand and crawl into my neck when I would pick you up. I miss laying you on my chest and how you would just sit there and stare at me. I miss how you would wheek and oink for food everytime you knew I was coming into the room and how you would lift yourself onto the opening of the cage before you became paralyzed. I especially miss your face and the "snobby" look you would give me =) Please forgive me. I miss you so much and I hope you are in a better place. I think of you often and I loved you till the very end.

I bought Milo from Petsmart in August of this year, he was the tiniest most cutest of all the guineas....he could fit into the palm of my hand. Two weeks after getting him he suddenly became paralyzed in his back legs, I took him to the vet and he did not give much advice. Milo still acted normal and his appetite was as strong as ever so the vet said that I should not worry. It was sad to see him dragging around in his house and going to the bathroom all over himself, but he was still the same piggie, he still acted exactly the same up until the morning he died. Please learn as much as you can about an animal before you get one, I think that Petsmart sold him too young and the way they are shipped to the store is just too much for a little baby, I must have gotten him just one day after he was shipped to the store because he was not there two days prior. Even though they have a money back guarantee there was no way I was going to return him and get my money back, it's like adopting a human baby, you can't return them once you get them. I loved him too much already. Adopt from a rescue group if possible. 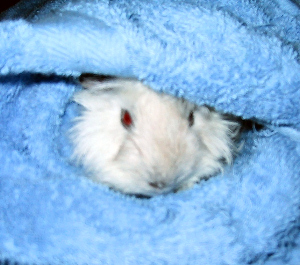 I didnt have you for long my little baby, but you grew on my heart so quickly.. I picked you out of the cage and fell in love with your little wheeks.. you were the smallest but had the biggest voice when it came to your carrot, loved parsley and apples and spring salad mix.. i loved holding you, you just snuggled your little head at my neck.. You were only about 6 months old but now you will never grow old, but will play forever at the rainbow bridge with all of the other precious little ones who have left their owners in tears and other piggie friends lonely.. Your roommate, bedhead misses you and so do bear and fluffy.. but i miss you my little one... please know i would have done anything to save you, but you passed on before we could get you to the emergency animal hospital.. i didnt want to have you cut on, i just buried you so you could be in peace.. I love you baby lucky...always.. 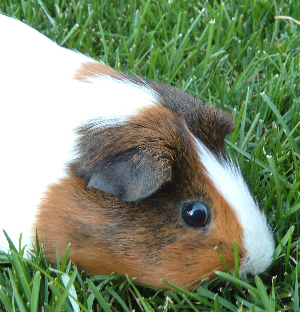 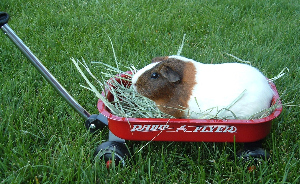 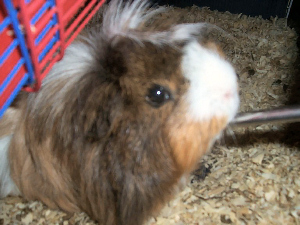 Sweet Sally passed away on aug 11 2006. We were blest with her for a little while and she was on of the sweetest, gentlest piggies it has been my blessing to have known. She came to us from a shelter where she
was unhappy and joined our little clan. Although she was an older piggy when we got her she had the enthusiasm and youth of a much younger piggy. Her boy Ruby looks just like her and is just as sweet and loveable as she was. I know she is waiting with the others on the heaven side of the bridge for us. It just breaks my heart to have to wait so long to see her again. I love you Sal gal. Don't forget me I won't forget you. Love you 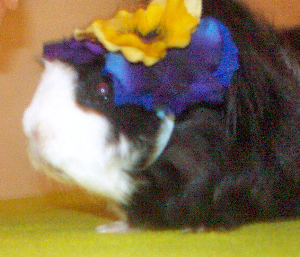 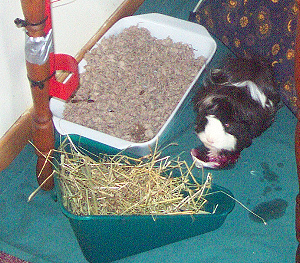 My sweetest girl died on July 28th . I named her Rodney after the little pig in Doctor Doolittle – Little did my husband and I know at the time Rodney was a girl.

My vet did not tell me she was a girl because she did not want to disappoint me since we were so proud of our wee man. However, a couple of weeks later, Rodney had an eye problem and we took her by ferry to a specialist in another province. Where, the wonderful Dr. Sally quickly pointed out to us that Rodney was a girl. No matter we did not care – and she did recover, but required daily medication to deal with her eye
problem.

We miss you so much Rodney – you were our best friend – so gentle, smart and sweet. We think of you every day – and smile – god speed Rodney, give my mom and dad a big kiss ok?

~Your mommy and daddy.

If you would like to post a memorial to a special guinea pig companion, please e-mail it and a picture (if you wish) to Memorial -at- GuineapigsRainbow.org